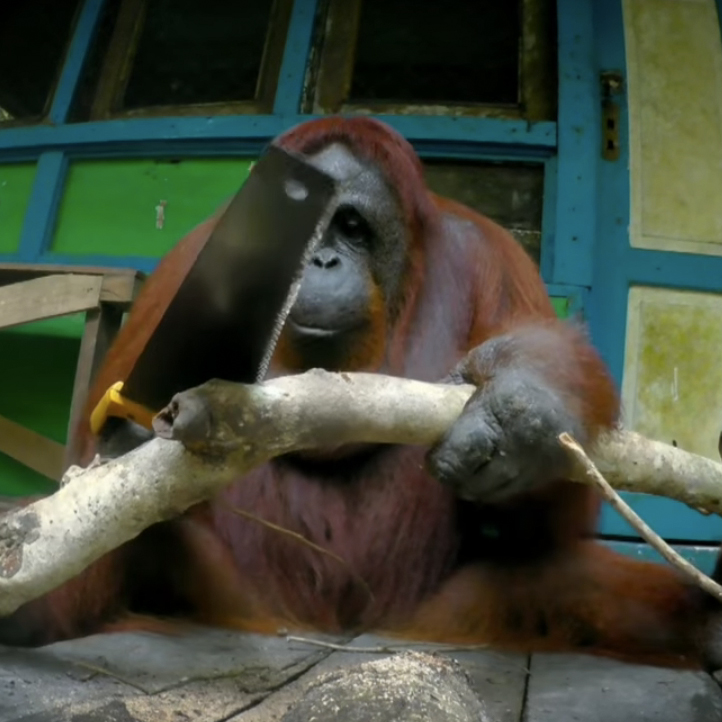 Frequent visitor to Camp Leakey, Siswi is delighting screen audiences yet again in the documentary tv series Spy in the Wild. (In 2011, Siswi appeared in the IMAX documentary Born to Be Wild.)

Spy in the Wild is a British nature mini-series “in which animatronic spy creatures infiltrate the animal world to explore their complex emotions.” The five-part series employs more than 30 animatronic spy cameras disguised as animals to secretly record behavior in the wild. These “spycams” reveal animals as having emotions and behavior similar to humans: specifically, a capacity to love, grieve, deceive, and invent.