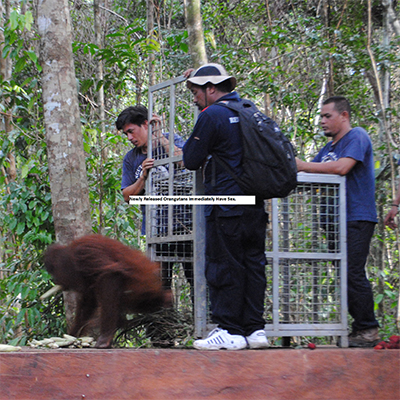 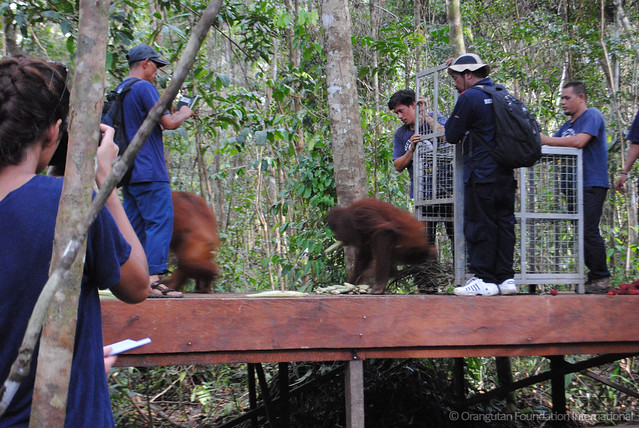 This release took place two days after the Orangutan Foundation International (OFI) and field conservation partner, The Rimba Raya Biodiversity Reserve, an InfiniteEARTH Project, successfully released five orangutans on February 22nd 2017 into the Rimba Raya concession. The concession, which is primary peat swamp forest, is ideal for orangutans as evidenced by the rapid dispersal of the first five orangutans released two days earlier. 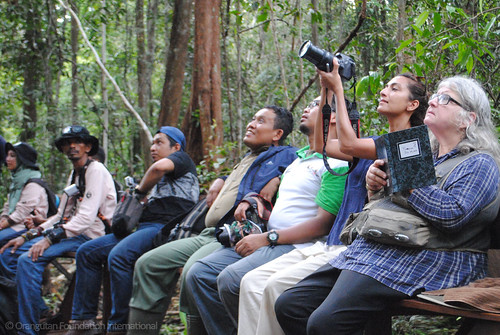 The three adolescent females were the first out of their transport cage. Denux was the first to emerge, followed by Febri, and Emily. When adolescent male Cooper was released, he immediately went into the canopy, followed Emily and proceeded to mate with her. Cooper’s friend Yansoe climbed into the same tree, watched the mating briefly and then moved away. All the orangutans ignored the lush fruits provided as they quickly climbed into the trees. Adolescent male Cooper made it clear what he had in mind immediately upon release: orangutan sex!

A Day in the Life at Camp Rendell