OFI’s GIS program has grown from its beginnings as a field project to a leadership role in local GIS conservation. Our GIS maps provide clear images of rainforests and the environment in our area. This is vital to our conservation work and has real world benefits for orangutans, other wildlife, and habitat. 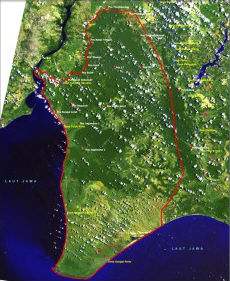 The main purpose of OFI’s GIS program was to survey and establish baseline digital data for the whole area of Tanjung Puting National Park. GIS work began in October, 2003 as part of a USAID grant awarded to OFI and World Education (WE). This work involved a team of volunteer GIS analysts working in the field doing ground surveying. They then moved in the lab in order to create the computer system and database to compile all the data. The goal of this project was to map intact forest and prime orangutan habitat. It identified areas of logging and agriculture in order to plan for where management was most needed. 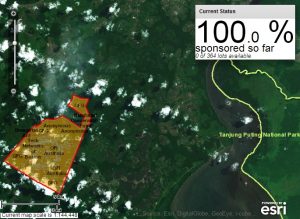 OFI’s GIS database is one of the best in the Kalimantan thanks to recently donated high quality satellite images from Digital Globe. OFI produces information rich maps that permit us and other wildlife agencies to better prioritize areas for conservation management. This is based on a spatial assessment of habitat, resources, and disturbance threats.