A Look Back at the History of Iconic Camp Leakey 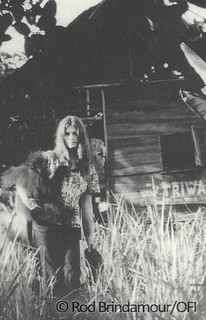 When Birute Mary Galdikas ventured deep into the heart of Borneo in 1971 as a young graduate student, it was in pursuit of a long sought-after dream – that of exploring an ancient tropical rainforest and discovering more about the mystery held within it: the Bornean orangutan. Dr. Galdikas was fascinated by these animals we knew so little about, and with the help of famed paleoanthropologist Louis Leakey – who had already enlisted Dr. Jane Goodall and the late Dian Fossey to study chimpanzees and gorillas, respectively – she was able to realize her dream. She would have done it anyways but Louis Leakey’s support made it a bit easier. But even with his support, she had to wait over three years to find the funding and permits necessary to begin her study. 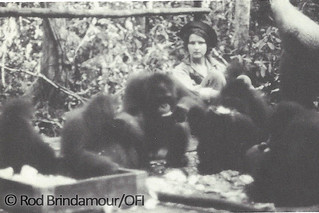 Nothing was easy. With no modern communication tools available to them, Dr. Galdikas and her former husband Rod Brindamour journeyed into one of the last truly wild and unexplored places on Earth. Soon after arriving in Tanjung Puting Reserve in Central Kalimantan, Indonesia, the pair established Camp Leakey (named after Dr. Galdikas’ mentor) as their study site within the reserve. They had only a bark-walled hut for shelter. Brindamour had to cut trails through the trackless jungle while Galdikas spent bone-wearying thirteen hour days searching for wild orangutans to observe and habituate. Difficulties stalked them. When their boat motor broke down, they had to paddle twelve hours non-stop to the nearest town to get supplies and fourteen hours to get back. Once they got to town, there were no telephones, no electricity, and no supermarkets. Restaurants were basically street stalls. Sometimes they totally ran out of funds and had to depend on the goodness of local merchants to give them food and supplies on credit. Heat, humidity, mold, voracious insects, and constant rain reduced their clothes to rags. Tropical ulcers appeared on their legs and took months to heal. They suffered from malaria, dengue, and dehydration. Leeches were everywhere. 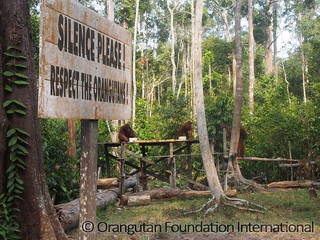 Dr. Galdikas and Rod Brindamour established the Orangutan Research and Conservation Project as the initial name for Camp Leakey’s research program. Through the program Dr. Galdikas was able to collect over 100,000 hours of observations on wild orangutans, documenting their life histories over three generations. The purpose of this study was (and continues to be) to better understand the behavior and ecology of wild orangutans as well as the conservation of wild orangutan populations and their rainforest habitats.

Camp Leakey was not only established as a research station but also as an orangutan rehabilitation and release site. This program, the first of its kind in Kalimantan, was established in order to remove orangutans from the commercial pet trade and to improve the quality of life of wild born ex-captive orangutans. It was also established to help stop the trade in orangutans. Working together with the local forestry department, Dr. Galdikas and Rod Brindamour used diplomacy and persuasion to convince local owners to release captive orangutans into their care. Sometimes the presence of a police or forestry officer was enough to convince reluctant owners to give up their captive orangutans. But this was not always the case. There were many instances where Galdikas or Brindamour literally had to spend eight hour days convincing owners to free their captive orangutans. It was particularly difficult when the owner was a police officer himself. 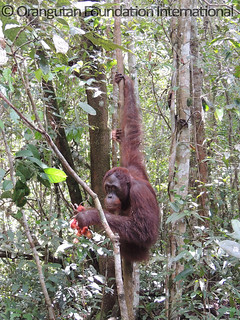 However, they scored a major victory and front page headlines in the national newspapers when a highly respected former police chief of Indonesia and an army general surrendered their pet orangutans and an Indonesian Air Force cargo plane took them home with Galdikas and Brindamour from Jakarta to Kalimantan.

Camp Leakey became a rehabilitation site for these orphaned orangutans to have a second chance in the wild. From 1971 until 1995 approximately 200 wild born ex-captive orangutans were released back into the wild in Tanjung Puting National Park, either at Camp Leakey or other release sites set up by Dr. Galdikas. Two of those other release sites are major tourist attractions in the Park along with Camp Leakey.

When Dr. Galdikas first arrived in Borneo, Tanjung Puting was only a reserve, meaning that it did not have the same significant status that a national park did. Working together with government departments and nature conservation authorities Dr. Galdikas fought to protect the park from poachers and illegal loggers. Eventually the Forestry Department upgraded Tanjung Puting to national park status. But the conservation battles were not easily won. It took years of conflict with illegal loggers, illegal dragonfish collectors, squatters, wildlife poachers, and others to win a semblance of safety for the Park. The war is not yet over as palm oil plantations encroach and even enter the Park as the Park’s legal boundaries shift. Fire continues to be a major threat. 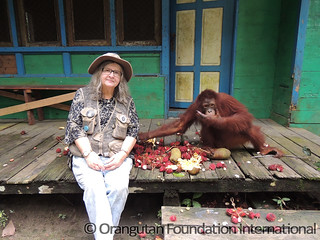 Camp Leakey has not only served as a research station for ground-breaking orangutan research, but also as a home to Dr. Galdikas and her family and the many wild and ex-captive orangutans who call the forest surrounding Camp Leakey home. Today Camp Leakey still operates as an active research facility for researchers from Indonesia and all over the world and is the site of the longest continuous study of orangutans in the world conducted by one principal investigator and her local assistants and students. Since the beginning of her work in Tanjung Puting, Dr. Galdikas has recognized the importance of tourism in protecting the rainforest habitat of orangutans. Tourists and their guides provide eyes for monitoring the situation. Tourism provides importance to the Park. As such, Camp Leakey welcomes visitors from around the world and is the most popular international tourist destination in the province of Central Kalimantan in Borneo. Here tourists can sit in the rainforest and view ex-captive orangutans and their descendants (as well as an occasional wild orangutan) from a safe distance as the orangutans come to feed on fruits provided by the OFI field rangers – supplements which prove necessary for some orangutans in a forest that continues to shrink despite conservation efforts. Because the forest seems to have met carrying capacity, Camp Leakey is no longer a release site for ex-captive orphaned orangutans. However, it remains probably the best place in the world to see free-ranging orangutans. Occasionally visitors are left in tears from the intimacy of the experience! I’ve seen it with my own eyes.

When visitors come to Camp Leakey and see the cluster of small buildings, the forest still standing, and the active orangutans, it is hard to realize that it was the blood, sweat, and tears of Dr. Galdikas (and initially Rod Brindamour as well as Pak Bohap, her current husband of over 37 years) shed over the decades that kept the forest intact and the orangutans safe. She doesn’t talk much about the past hardships and suffering, but many locals know. Dr. Galdikas has received some of the highest honors that the Indonesian government gives to conservationists.

Camp Leakey is one of the most magical places on Earth, where one of the last remaining primeval tropical rainforest, including peat swamp forest, is still protected. A place where researchers are still learning more about these fascinating creatures who share 97% of our DNA, and a place where humans and orangutans live side by side without conflict.