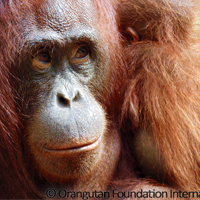 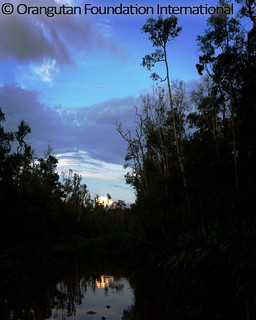 Great apes, including orangutans, are of great scientific interest due to their high cognitive abilities and the many similarities they share behaviorally and physically with humans. Their ability to make and use tools and pass on these skills to other individuals has become a fascinating area of research, within both captive and wild populations. However, orangutans are more than just a species with an intelligent mind and lovable personality. Recent developments in conservation have found that the orangutan serves as an integral part of ecosystem protection by acting as an umbrella species. 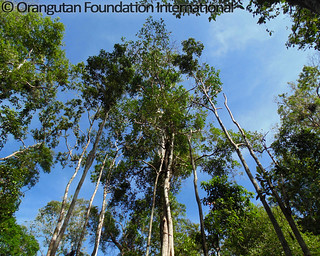 The rainforests found on the island of Borneo are of high ecological and scientific importance. Species diversity density within Indonesia is one of the world’s highest. Indonesia is ranked third in the world for the range of species found within its habitats. Thirty-three percent of all known Insecta are found in the country as well as 17% of mammalian species, including 40 species of primates. However, despite its importance to the sustainability of both the wildlife and local human populations, the rainforest is under extreme threat. Indonesia has the highest rate of forest loss in the world. It is decimating species populations as fast as the forest falls. Due to the increasing pressure of deforestation, Indonesia has one of the highest rate of species being classified as endangered or under threat among all nations in the world. The orangutan is one of many species in the forests of Indonesia whose populations are at risk of extinction due to deforestation. 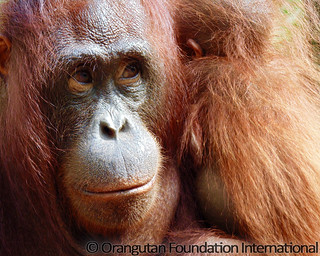 Nevertheless, it might just be the orangutan that is an important key to conserving a high proportion of these endangered species. Orangutans are an ideal umbrella species. The main reason for using orangutans as an umbrella species is their habitat size requirements. Because of the roaming behavior of foraging orangutans, each individual needs a large amount of space. An orangutan will spend most of his/her time moving through the forest searching the canopy (where 90% of their diet is found) for food sources. In Borneo the productivity of fruit is relatively low. Due to this, orangutan density is lower than in Sumatra where fruit is more abundant. To conserve sustainable and viable orangutan populations large amounts of land are needed. Orangutans are solitary animals and do not live together in large social groups, further adding to their need for large home ranges. Males will often actively avoid each other unless competing for females. Females will occasionally gather at food sources if enough fruit is available. Otherwise they will travel only with one or two young offspring. The ecology and behavior of this great ape makes protecting large areas of forest key to successful orangutan conservation. Since the majority of other species can live sustainably within the large areas of forest needed for the survival of orangutan populations, by protecting orangutans many other species are also being protected. Forest species richness and quality also positively correlates with orangutan density. Put plainly, the better the habitat for orangutans, the better the habitat for other species. 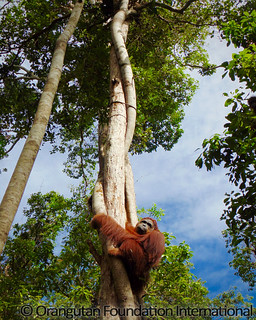 Without forests, orangutans cannot survive in the wild. Although our work at OFI focuses on the orangutan and the conservation of this amazing animal, the results and benefits extend far beyond the orange great ape. Orangutans are a charismatic great ape, which attracts global attention and concern. They aren’t just an integral part of the forest ecology of Indonesia, but also act as guardians of the forest and the wildlife within. We strongly suggest that by conserving the orangutan, we conserve the ecosystem.

Saving Rosemary and ESRI: Returning to the Light!

Zircon: A New Threat to the Forests of Borneo