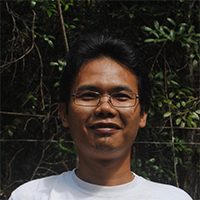 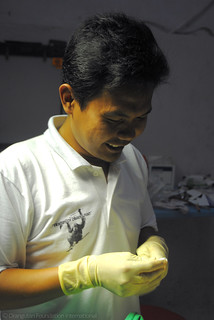 Dr Ketut has worked at the veterinary clinic of the Orangutan Care Center and Quarantine (OCCQ) for almost a decade. Responsible for monitoring and attending to the orangutans in OFI’s care, Dr Ketut also extends his dedicated service to animals of other species that are brought in or abandoned in the area surrounding the OCCQ. Dr Ketut is a key member of the OFI Release Team, assessing the physical well-being of orangutans prior to their release. The combination of his veterinary intelligence and careful precision make him a truly important member of the OFI team.

Dr Ketut grew up on the island of Java in Indonesia. He and his two sisters were each born in different cities. At a young age, his family moved from Surabaya to Klaten. He first came to Central Kalimantan in 2008 to work for OFI as a veterinary nurse. After briefly leaving in 2014 to continue his studies to become a certified veterinarian, he returned to OFI about a year later.

Dr Ketut’s career path did not follow the traditional pattern of entering the family profession. Instead, his career stemmed from the sheer eagerness to learn and be educated. Identifying the high rate of acceptance in veterinary medicine, Dr Ketut found his opportunity to attend a university.

After finishing his first year of veterinary studies at Gadjah Mada University in Yogyakarta (Java), there was a steep increase in costs that affected many students, including Dr Ketut. He and his classmates were among the last students able to attend university for Rp 500,000 (less than $50 US) per semester before this amount more than doubled. Dr Ketut and others were no longer able to afford their studies and follow their educational pursuits. At this time, Dr Ketut temporarily left university to seek work in hopes of saving the money needed to return and complete his veterinary certification. Months passed, and Dr Ketut had no luck in finding suitable employment. Then, a situation occurred which he considers to this day to be “like destiny.”

During this time of uncertainty, a senior student from Gadjah Mada University was working for OFI’s veterinary clinic. He returned to the university in Yogyakart to make an announcement that OFI was seeking new veterinary students to join their team. Dr Ketut applied immediately! Just a few days later, he received a call from Ibu Waliyati, OFI’s Senior Administrator, expressing interest in his qualifications. It was on this day in 2008 that Dr Ketut’s journey with OFI began.

Throughout the years, Dr Ketut has faced many challenges that have strengthened his knowledge through hands on experience. Working with large adult male orangutans is one of the greatest challenges of his work with OFI, especially during their releases back into the wild. Good communication is essential between the veterinarians, Dr Galdikas, and the caregivers. Even years of observation with individual orangutans cannot guarantee preparation for all circumstances. 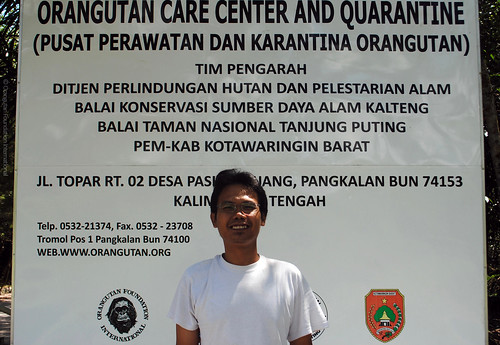 Dr Ketut feels that “working as a vet at OFI is always working in an enjoyable environment.” He has many fond memories of the orangutans at the OCCQ, and when asked if had a favorite orangutan, he referred to Rachael, a female who has recently been moved to OFI Quarantine in preparation for release.

A number of years ago, Rachel was brought to the OCCQ from Mentawa after developing a problem on her lower lip. Along with Pak Laju, Dr Ketut tended to her twice a day with the necessary medication. Over the next three months of her recovery, he and Pak Laju developed a strong bond with Rachel. Whenever Dr Ketut was near Rachel or entering her enclosure, she remained content and relaxed. When it was time for Dr Ketut to leave, Rachel would even attempt to follow him out of the enclosure.

Working with orangutans for so many years, Dr Ketut has many fascinating stories to tell. During a release project, in only his second month working for OFI, Dr Ketut was bit by a subadult male wild orangutan. The large bite to his leg was the first and only time Dr Ketut had been bit by an orangutan. While an intimidating experience, he learned a great deal. “Every orangutan is different, and they all have varied personalities.” He stressed the importance of getting to know each orangutan individually to identify the warning signs of aggression. When approaching an orangutan, the first thing Dr Ketut looks for is piloerection, when their hair stands on end and their skin shows goose bumps.

Dr Ketut’s expertise aids not only orangutans, but many other animals in the local village of Pasir Panjang including dogs, macaques, binturongs, and a large number of cats and kittens. A caring couple, Dr Ketut and wife, Ibu Sumi, are loving cat owners themselves. Dr Ketut advocates for other pet owners to properly care for their pets, and performs sterilizations for cats that are brought to the Care Center. To this day, he has performed over 50 sterilization operations. In some cases, he has reduced operation time from one hour to about five minutes!

Over the next few years, Dr Ketut hopes to use his skills and experience to improve upon and streamline the health checks that occur prior to orangutan releases, as well as the annual health checks. He also plans to return to school for his Masters eventually. He would like to further expand on his veterinary knowledge to better support OFI. With a focus on orangutan research including orangutan blood testing and orangutan behaviour, he would have even more to offer the orangutans he has so grown to love. He hopes to continue being a vital part of Orangutan Foundation International. 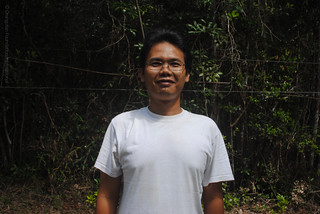